There have been a lot of happy home sellers in Subiaco this year.

Nearly 83% of Subiaco properties that changed hands sold for more than the last purchase price, according to the latest RP Data Pains and Gains Report. Homeowners collected a median profit of $285,000. This follows from the March quarter, when 92.6% of homes sold for a similar profit.

However, the report also showed some properties generated a loss fo the owners, the median being $44,500.

Art of the sale

Local real estate agent Niki Peinke, owner of The Property Exchange, said some losses came down to when a particular property had been purchased. The report indicated the profit making properties had been held for an average of 9.4 years, while loss-making properties were bought just 5.2 years previously.

The report authors acknowledge the likelihood of making a loss was higher if a home had been purchased during the pre-GFC housing market peaks of 2008. Niki, the author of ‘How to quickly and easily sell your home at top dollar’, said homeowners could not change what they had paid for their home, but they could easily increase what it sold for next.

She said professional home staging or styling typically add around 10% to the end price.

“As a rule of thumb, if you are expecting around a million dollars for your Subiaco property, you could make an extra $100,000 without much trouble,” she explained.

Her golden rule was to price a property correctly in the first place, rather than shooting for more.

“The worst thing a seller can do is to overprice the property,” Niki said. “It sets buyers up for a big disappointment when they get there. I see properties come onto the market overpriced and, almost always, these don’t end up selling or sell for way below what it would have if it had been correctly marketed to begin with.” 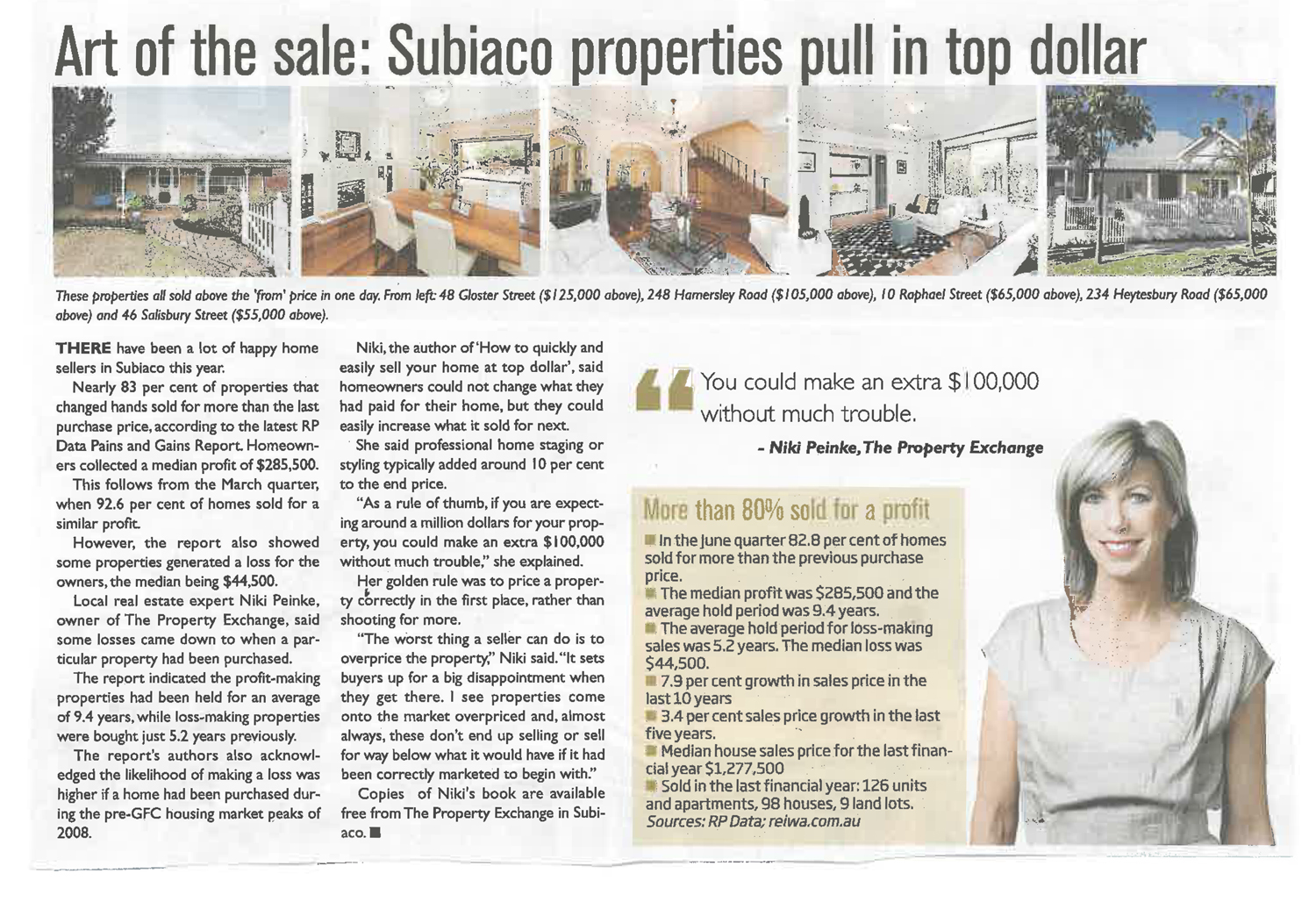