Crawley is a suburb of Perth, Western Australia, located within the City of Subiaco and City of Perth. The earlier name of the locality was Crawley Park.

It is home to the University of Western Australia, the state’s oldest university. During World War II, Crawley was the start point for The Double Sunrise squadron which was formed in 1943 to keep the air route between Australia and the United Kingdom open.

A statue called Eliza is also located in Matilda Bay in the Swan River, in Crawley. Created by Tony and Ben Jones, the statue was unveiled on 15 October 2007, to commemorate Crawley Baths, Perth’s prime competition and recreational swimming venue from 1914-1964. Eliza is often dressed up in clothing to represent special occasions.

The Royal Perth Yacht Club re-established on the shore of Pelican Point also in Crawley, after moving from its location in Perth, in 1953. 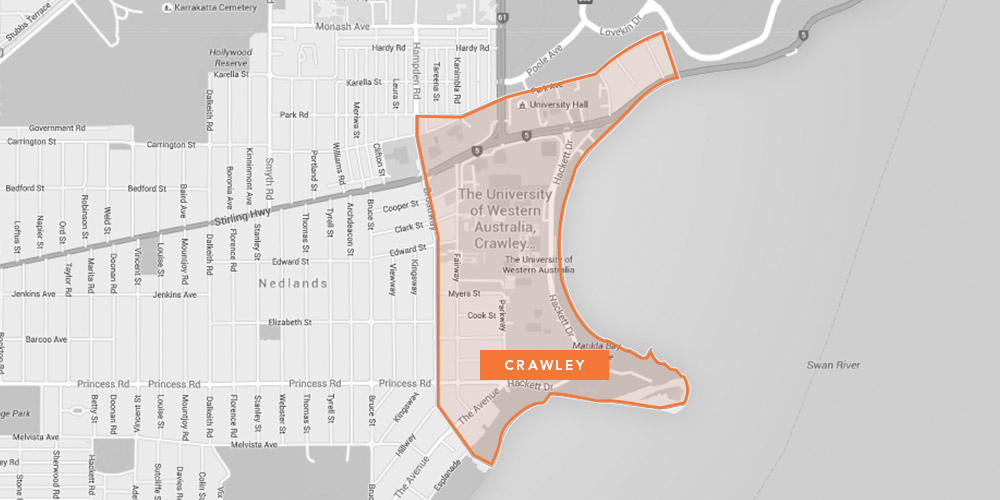 This information is being provided by REIWA and rpdata based on exchanged sales. Its accuracy cannot be guaranteed. Parties should rely on their own enquiries and The Property Exchange will not be liable for error or admissions herein. Last updated: 22/8/2014