When Is A Plan A Good Plan?

Hmm… I’ve often wondered about Planning Departments. Who plans what the planners have to plan? Do they just make up plans for something to do? Who decides on the reasons to plan? Who’s research do we rely on to plan and who chooses the researchers?It’s all so “governmenty” isn’t it? Turning one simple step into 25 contradictory ones.

Now you would think that any self-respecting plan would want to be A) NEEDED B) BENEFICIAL AND C) POPULAR. You wouldn’t expect a good plan to create an outcry from an entire suburb, with demonstrations, protestations and emotional outbursts. In fact if this happens you would have to say to yourself – “Maybe this isn’t such a good plan”.

Now in fairness, there has been some show of concession in the LPS5…version 2…. given to the wishes of some of the people supposedly being represented, but seeking to destroy 3 entire suburbs was coming from a pretty low baseline one must admit. So now with the new adapted LPS5 – what have we achieved? You’ve let some hostages go, but you’ve taken new ones!! People who weren’t going to be hurt in the first round are now lambs to the new slaughter. Does creating new victims make everything better? Absolutely not and so you need to go back to the drawing board.

There are lots of places and spaces to build apartments (if you really think they’re necessary) on current VACANT land. Why not turn Montario Quarter into “units ville” instead of releasing green title land for a few homes only, and low-level units for the rest of it, build your high rise here. I mean the Government is gagging for thousands of apartments and then they release green title blocks in the middle of bushland far from existing residences? This makes no sense!! Build your units there and leave established homes alone! You can even walk to the railway line from there (not that anyone’s going to). Units on that land would not cause destruction of current homes, current lifestyles and current values, so why wasn’t that an option? Even high-rise there would not adversely affect anyone. It seems you completely missed the boat on that option.

Government – you have got to realize that you cannot play with people’s lives like this – you are here to REPRESENT us, not to DICTATE to us. You are here to make a POSITIVE difference not to steamroll your constituents into a lifestyle they do not choose or want. We vote you in and we can vote you out, and if you cannot listen to what your constituency wants then that is exactly what we’ll do.

Kindly stop this incessant drive for units, or find some vacant land to build them on, and leave the residents of the city of Subiaco alone. 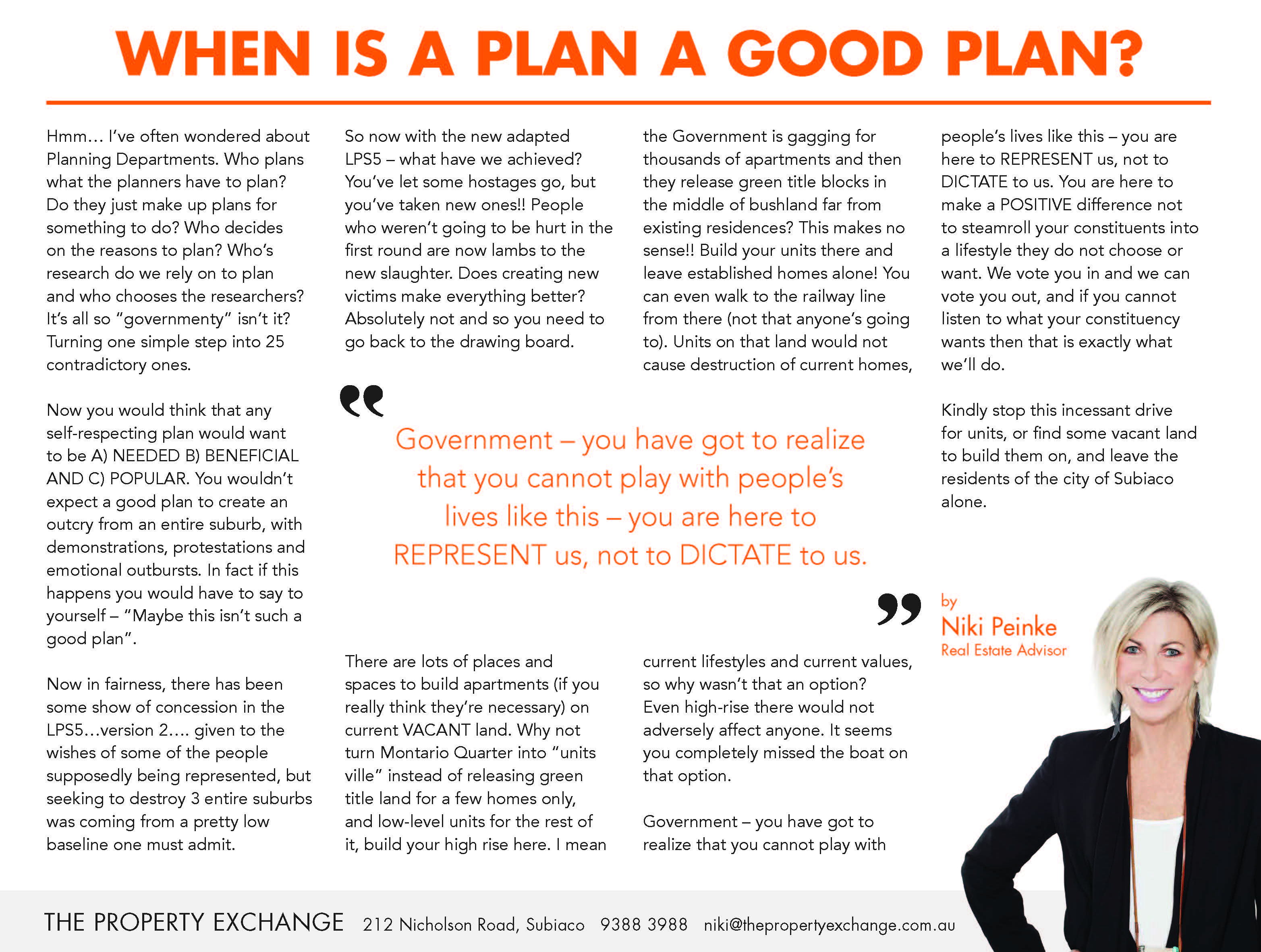