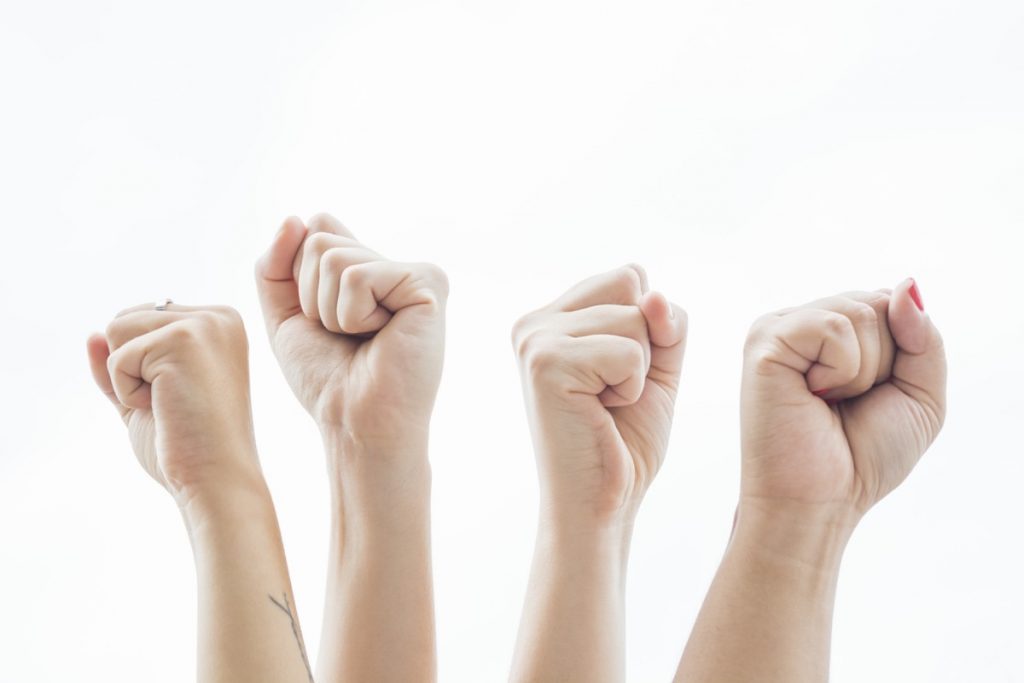 As democracy flies out of the window and we are all getting more and more regulated it’s time that we woke up to what’s really happening around us and take some action. Hats off to the people of Nedlands who are doing just that and fighting off the ever-increasing pressure to confirm to this Labour Government.

Yes Mark McGowan, I know you’ve kept us all out of harm’s way and safe from this very confusing virus, and we all appreciate that, but some of us are also noticing a lot of “fast tracking” going on of policies that are being pushed through – all in the good name of “job creation” to get things done the way your Government wants whilst ignoring the impact that it is having on many of your constituents.

Most of these programs have been poorly thought out – I wonder in fact if they have been thought out at all. Take Bob Hawke College for instance or “Hawky High” as I believe it’s now being known as. There was no advance warning of that to anyone – so now we have the beginnings of a High School in the most incredibly difficult location to get to, that has already run out of land and is now taking over the oval that was supposedly promised as public open space for all to use, and on top of that an ongoing argument between local and state Government as to who is going to pay for the roads to be made 2 way. And even if they ever work that out, the traffic chaos will be mighty.

Then there is the random re-zoning for no good reason in totally irrational places like the residential roads off Stirling Highway where busy roads like Smyth Road escape completely where it perhaps would make some sense. In a far broader sense we are now regulated in what we can do, what we can say, how we must act, that you would have to be “Blind Freddy” not to realise there is a gross manipulation going on where people’s individual rights are being sucked out from under them and most of us are just sitting back placidly and handing over any semblance of control over our own lives.

Clearly Covid-19 has been an incredibly convenient excuse to take over control, and we should be fearful of the new lingo like “The New Normal” as there really is going to be a new normal and nothing about it will be normal. We should start to be acutely aware of anything that is set up to rob us of our individuality, our passions, our freedom of speech, our motivations and our self-expression.

If we leave it too late to stand up for these reasonable democratic expectations, there will be no turning back, so let’s continue to stand up for our rights and not be steamrolled by our governing bodies who themselves are being played like puppets (as are the media), and fight to retain our place in what is, at the moment, a relatively free country. 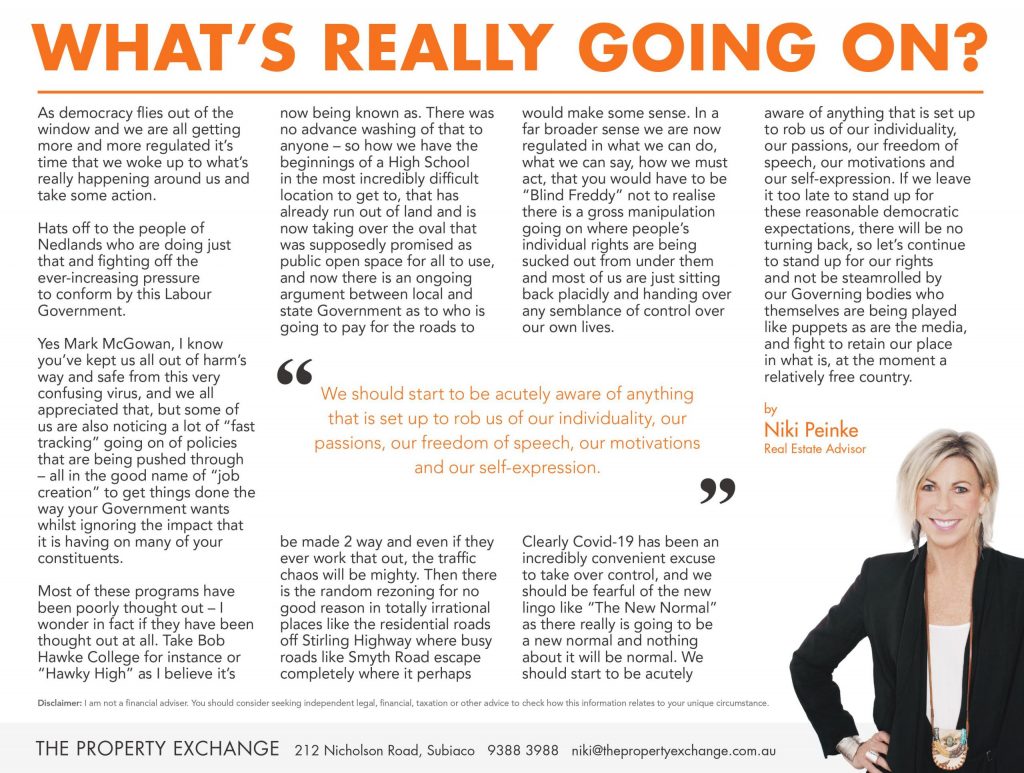