Are We Still A Democracy? 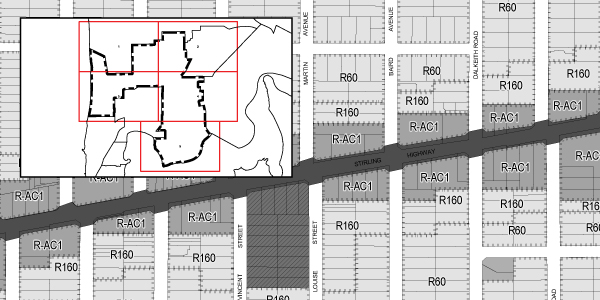 The definition of democracy…. “Government by the people: rule of the majority – a Government in which the supreme power is rested in the people and exercised by them directly or indirectly through a system of representation usually involving periodically held free elections”. So what gives the State Government the right to impose blanket re-zoning which unreasonably benefits some people and destroys others, and eliminates what little history we have?

We have fought long and hard to save most of Subiaco from complete destruction, but this greedy little worm has popped up all over Perth. Take Nedlands for example….one of Perth’s oldest and most distinguished suburbs with homes ranging from the 1930s through to the present, and now timely placed on the infill destruction list.

Take Stirling Highway – ok, that might be understandable, along a main thoroughfare but was any thought given to exemption for The Windsor Cinema so it could be protected? The Captain Stirling? Shall we smash that up for units too?

There is a serious lack of rational thinking going on in the minds of those planning our future right now and it needs to be addressed. Firstly the “Urban Sprawl” should never have been allowed to happen in the first place – bad planning? Lots of dinky lots of land spreading out to the ‘never never’ and all looking just the same. Who planned that? Who planned a railway line out to Joondalup and didn’t think to create infill along the train line back then? Why get to the far reaches of the state, then panic and create some ridiculous knee jerk reaction to destroy suburbs and build mass infill right on the city doorstep? What is the State Government thinking?

To me it sounds like a “Seek and Destroy” mission – lets seek out the people who have worked long and hard to earn the lifestyle they wanted and then drop the bomb into the middle of them, and lets play Russian Roulette with them and choose some victims and let others off scott free?

So when you have destroyed our history and built your ghetto’s – what then? Anyone for a dog box on a main artery? It’s a struggle to even give away an apartment at the moment… so where did you get the idea that anyone wants one? How would you like to have put your life savings into erecting a beautiful home only to find you can be now wedged in by high rise on all sides? This is what the people of Nedlands are going through right now and its what you The State Government have done. You should be ashamed of yourselves, and I call on you to reverse this zoning or pay compensation to your victims. 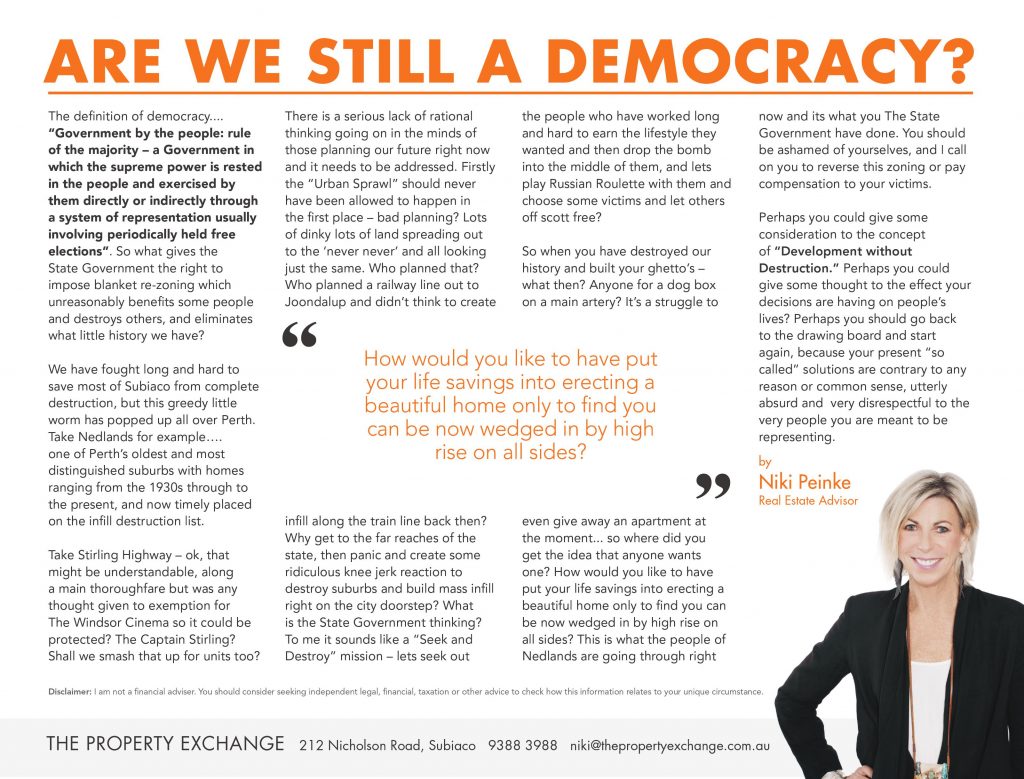