What A Lot of Nonsense 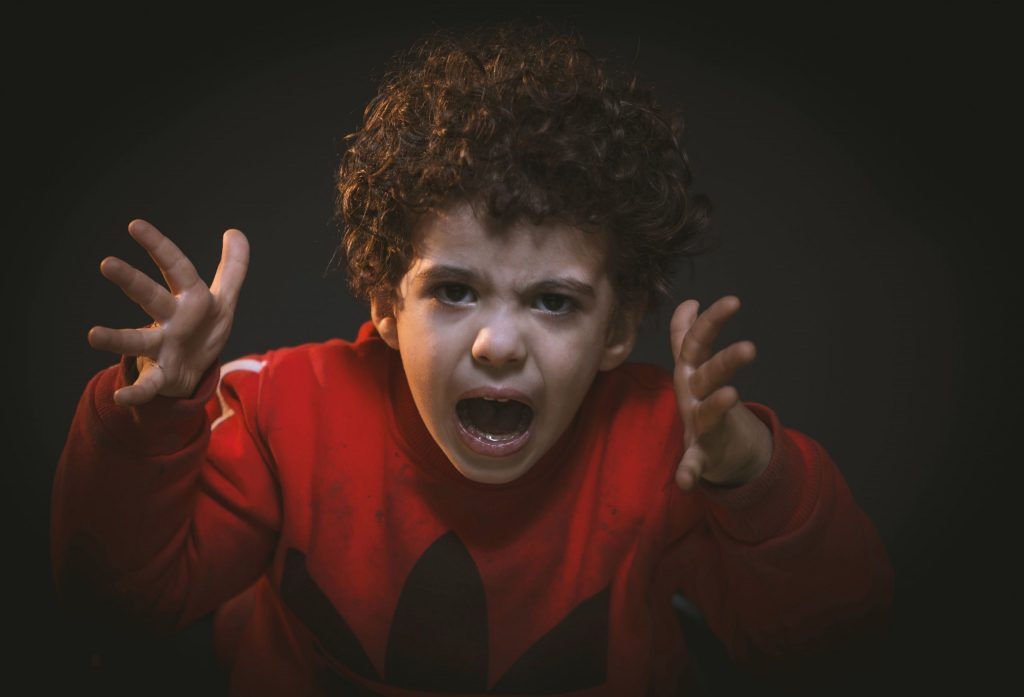 Let’s take a look at what is making sense these days….and what’s not. The way that I see things, there are more things not making sense these days than the things that are, and we need to start thinking – and I mean REALLY thinking – about what is going on around us, and using our innate intelligence to ask the simple questions. We need to draw on our powers of questioning instead of blindly swallowing what is fed to us by people who have discovered that even with average intelligence, they can manipulate and control the masses, and achieve any outcome they want.

You would think that you need intelligence to do that, but no…..you just need greed, and the realisation that most people out there will buy anything you tell them if they think they will benefit from it in some way.

Let’s take the Doctors in the 1980’s, back in the day when medicine was medicine and had nothing to do with political agendas (unlike today of course). Doctors are intelligent, caring people, and extremely trustworthy (as a general rule).

So back then, who were the easiest people to scam?….Yes! Doctors! Because they had faith in society, and were not dishonest themselves, they naturally assumed that everybody was like that. BIG mistake. HUGE! So many Doctors got conned into making the most dubious investments because they TRUSTED people, and were then completely shell shocked when they discovered that someone had run away with all their money! So, that’s a clear demonstration of the difference between ‘intelligent’ and ‘smart‘. To simplify, it’s the difference between having a lot of knowledge about various subjects and being able to absorb and interpret information, as against understanding people and knowing how the world works. They are very, very different.

So now let’s look at Government. Historically this was always recognised as Public Service, and the basic idea was that the politicians served the public. A concept that now seems like rather a quaint idea. Somewhere along the way, the politicians have shifted the perception, through their self-serving agendas, to give people the idea that they are now the ones in charge and have to be obeyed. And guess what? We are allowing it!

So now they ignore the wishes of the public in order to implement anything they deem fit that is going to strengthen their power base. They have taken away their ‘need to ask’ with their baseless “emergency” scenario (what a load of crock that is) and used something that isn’t even happening to do whatever they want….and this is only the start.

Now if you all want to play dead and go along with what you are being told, that’s absolutely fine. I respect everyone’s choice, and if you want to believe everything you hear on the news, then go for it. But if a little bird inside you says…. “Does this actually make sense?” or…. “Is this actually fair? Or right?”, then please listen to that little voice, because that would be your intelligence banging on the door and saying…“Hey there…..are you awake?”

When you have to worry about everything you say these days for fear of being arrested, and you cannot voice an opinion without being ostracised, fired, or worse….you seriously have to ask yourself “Are we being taken over?”, “Is our freedom being annihilated?”, “Are we being silenced?”.

You must have noticed….well you would have to be Helen Keller not to – sorry, I take that back, she would definitely have noticed – that there are many things that you are no longer allowed to say…who made up that rule again? For instance, you have to be VERY careful around colour (Black bean sauce has probably been taken off the shelves now), and there is so much stuff we can’t do….high five a child on the crosswalk and you could be a paedophile, give your colleague a hug and it might be indecent assault. Such a shame that all these restrictions have been put in place because people didn’t stand up for themselves, or perhaps they had their own agendas (like really wanting that job).

And…how have we benefited so far? Being offended is now the ‘in’ thing. Joke telling is a lost art. Spontaneity has gone out the window, and depression and anxiety are at an all-time high. And the worst of all….I miss the wolf whistles, but….that COULD be my age…..! Listen to that little bird guys, I mean people (is it ok to say people?), take care of yourselves and trust those instincts. 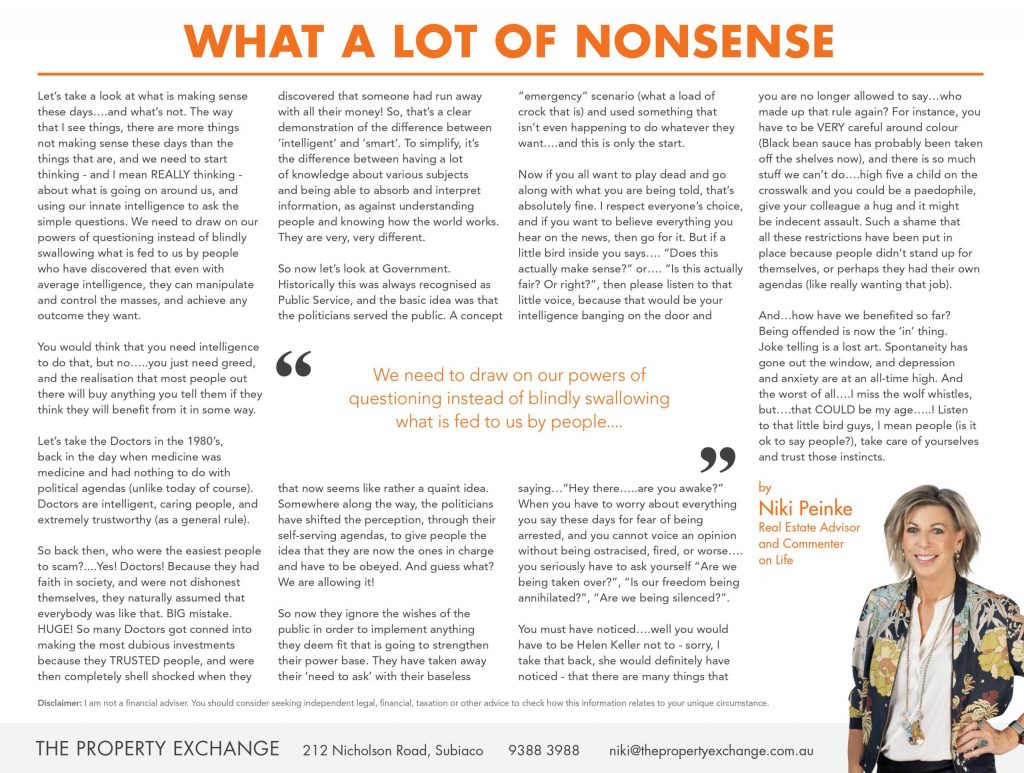 Niki Peinke
In 1988 Niki started her real estate career selling residential properties in Subiaco and surrounds, and was top salesperson in her company for 5 years running. Niki then, in partnership, created The Property Exchange which was established in 1997.
Recommended Posts
Comments