Now before I make the following comments let me pre-empt the fact that I am not a Commercial Agent and could be construed as being inadequate to make these comments, but I am going to make them anyway in the hopes that they will be taken constructively.

As has been widely reported lately, there is an extremely high vacancy rate in both retail and commercial premises. Now this is firstly predictable given that landlords appear to be very protective of their property values and therefore don’t want to drop the rents as this leads to an automatic devaluation, and business is generally not booming either in retail or many commercial enterprises so nobody wants to lock themselves into a long lease at a high rent. 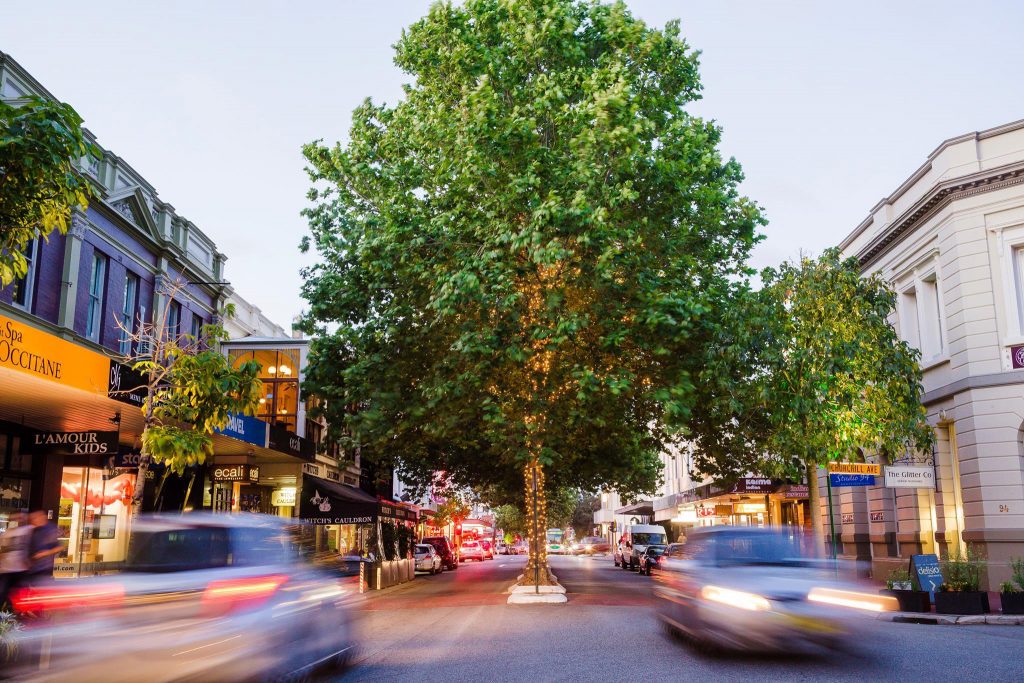 So… where do we go from here? We think laterally that is what we do, but you know what? Nobody is doing that.

Let’s take retail first – why are the Commercial Agents not approaching their landlords and suggesting a shared lease situation? Why are they not putting together prospective tenants who cannot afford the entire rent but could easily manage say, one third of it, and then joining them together to share the retail premise? It’s done all the time in residential properties so why not in retail space? This way instead of retail space going to some bank or building society it could go to 3 interesting provenders that contribute to the eclectic shopping experiences of places like Rokeby Road and Bay View Terrace. Coffee vendors and bakery chefs could team up to provide a great venue with half the responsibility and outgoings. Fashion, jewellery and designer boots could team up to give a unique shopping experience from 3 different vendors under the same roof? It’s a win-win situation for everyone – including the shop assistants who are not left alone all day to play on their phones, and slowly die of boredom.

Commercial Agents – this is up to you! If these premises are vacant its up to you to fill them and to think outside the square as a means to do so…

I have long said that the landlords of vacant shops should be charged a Vacancy Tax after 3 months of vacancy, to propel them into either dropping their rents or offering co-operative leases. Vacant shops have a huge impact on the ones that are operating and it is simply not fair on these tenants.

It’s the same with Commercial Property – Agents need to either get their landlords to drop the rent or work out a co-operative situation for the premises or redefine the possible uses – for instance there’s a whole building up for lease in Rokeby Road full of separate offices. This would make a fantastic “Art Culture” where individual artists could share the lease and have individual spaces to show their art. This could be manned by just one or two people to further save on costs.

So Commercial Agents – come on! It’s time to get your thinking caps on and solve these problems cut the lethargy and be proactive – it’s just not good enough to say “the market’s really slow at the moment” and to wallow in the inactivity. You make your own luck in this world, you create your own market and you produce your own results.

Now let’s see who takes this on and actually “make a difference”. 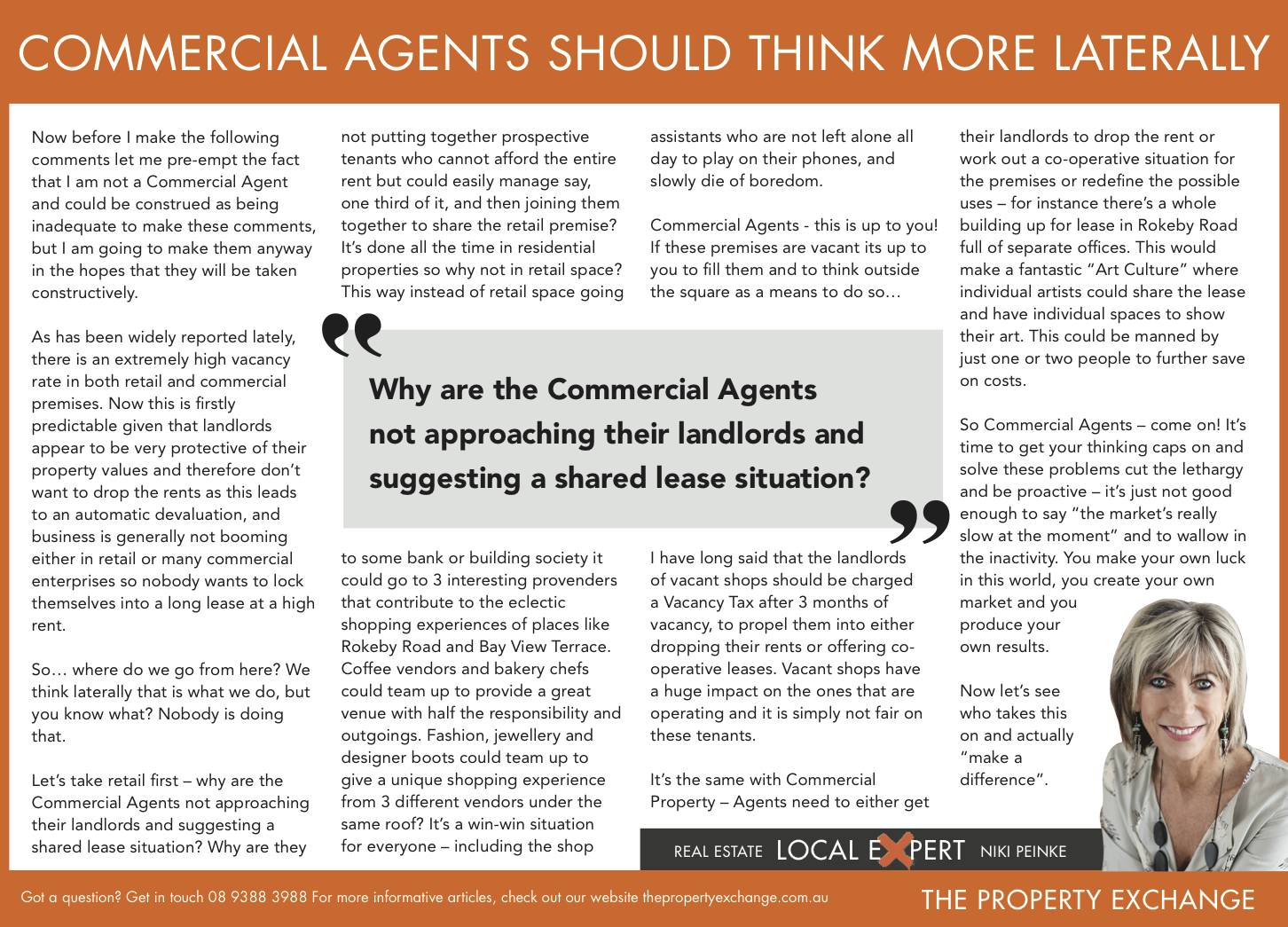