Getting You The Most For Your Real Estate

Leave your details here for a call back, a reply email, or to receive a digital copy of our easy-to-read handbooks designed to help you sell your property for more! 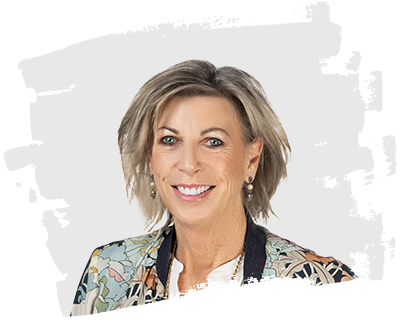 I started my working life as a psychologist with Mental Health Services after attaining a Bachelor of Psychology at UWA and while I did not pursue a career in psychology, I have found it particularly useful when selling homes.

In 1978 I moved to South Africa and started a career in Public Relations within the hospitality industry, working for the Southern Sun group of hotels Holiday Inns and a very upmarket private Hotel named The Vineyard.  In 1984 I returned to Perth and attained a position as Public Relations Manager of the Merlin Hotel (now The Hyatt) and then 2 years later opened my own version of The Hard Rock Café in Hay Street, Subiaco, which was a resounding success and would be humming until the kitchen closed at 3am in the morning!  I ran The Hard Rock Café until it was bought by Matilda Bay Brewing Company and renamed The Oriel.

In 1988 I started my career in Real Estate in Subiaco and then in 1997 took the big step and opened The Property Exchange.  More than twenty years later, “ TPE “as we fondly call it, is still going strong, and is the most fun place I have worked.  We have created a work hard, play hard mentality which has created a great atmosphere without a lot of humour along the way.

My investment portfolio is based on property, where I buy and keep, this is why I still live in the same house I purchased in Claremont back in 1985, but of course I have thoroughly renovated and extended since then.

My real estate ethos is to give the best advice for my client’s needs and that may be not selling their property.  I am also very passionate about preparing houses for sale and making them the best they can be to get the best result possible for my sellers.

Outside of real estate I love collecting old and retro things, singing, and playing the guitar, talking to my parrot Banjo, entertaining friends and travelling the world. 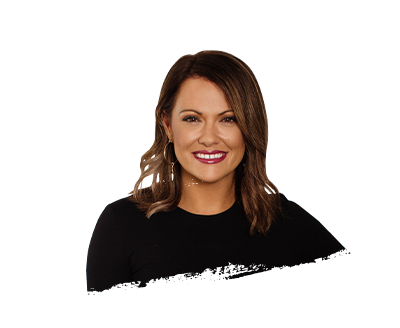 I joined The Property Exchange as an energetic 20 year old in 1998 to create a rent roll for this emergent company. Eleven years later, I had successfully developed the rental portfolio to over 300 properties and decided it was time to expand my experience outside the “TPE” fold.

This experience put me in good stead when I returned to my beloved brand at The Property Exchange in 2018.  I now oversee the sales team as well as being a practicing sales and marketing woman in and around the Subiaco area.  In 2020 Niki have me the opportunity to buy into The Property Exchange and I am looking forward to all the opportunities that this will bring as a Director of my much-loved business.

During my years in real estate, I have come to understand the importance of honesty, integrity, authenticity and the significance of being passionate about improving people’s lives overall, and setting them on a course which is going to benefit them in the future.  To this end, when it comes time for my clients to sell their home, my absolute top priority is to give expert advice that will enhance the selling price and hence place them in a great position for their next move.

My technological ‘know how’, strong focus on proactive activities, client communication, and immense compassion, empathy and drive combine to create the very best outcome for my clients. This is what I pride myself on. And whilst my business is selling homes, my focus is and will always be on being there to transform the lives of my clients through home ownership.

It takes a lot of very careful consideration before the child of a real estate agent decides to follow in their parent’s footsteps! We daughters and sons know first-hand the hard work it takes and the sacrifices that need to be made to succeed in such a competitive and demanding industry.

With this in mind, back in 2005, I thought there would be no harm in sitting on The Property Exchange Saturday reception desk during my Uni years. But fast-forward 15 years of moving from reception, to holiday fill-in, to Marketing Manager and now 6 years in Real Estate Sales – I’m practically part of the furniture! It must have been a trick!

There have been a couple of times that I have searched for roles in other industries, but each time the thought of leaving The Property Exchange team left me feeling very uninspired. There’s nothing better than spending each day in such a vibrant workplace, surrounded by a dedicated team who provide so much fun and support. Real estate sales is darn challenging, but the environment at The Property Exchange keeps me smiling and raises me from strength to strength. Having mum as my mentor and partner is pretty special too.

For me, one of the keys to success in sales is integrity. From my very early years, mum taught me the importance of always doing what you say you’re going to do, being truthful, and being kind. This advice has stuck with me very firmly and strongly guides the way I work. This combines with my perfectionist tendencies to result in a strong work ethic – if I tell you I’m going to do something, I’ll do it and I’ll do it well!

I truly believe in property as an enabler – whilst you may curse the mortgage repayments and maintenance bills, the ownership of property provides you with security, greater flexibility and more choices for the future – it puts you in charge of your own destiny. I bought my first investment property in 2009 which is managed by The Property Exchange, and purchased a beautiful character home with my fiancé in 2018. Outside of work, I love the beach, Pilates, reading a great book, and enjoying good food and wine with friends.